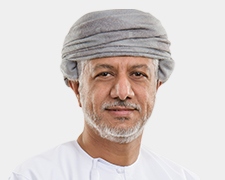 Since 1991, Khalid has held a number of senior executive positions, including Managing Director of The Zubair Corporation LLC, a large diversified multinational conglomerate with operations across the GCC and beyond.

He has spearheaded several CSR initiatives, including the establishment of Zubair Small Enterprise Centre (Zubair SEC) that supports, nurtures and develops the abilities and skills of Omani entrepreneurs. Khalid remains deeply committed to CSR activities at OMINVEST.

Khalid has a Bachelor of Science Degree in Business Administration from the University of Arizona. He is also a graduate of the advanced transformative Owner / President Management Program (OPM) at Harvard Business School and has participated in advanced management programs at other elite institutions, including London Business School. 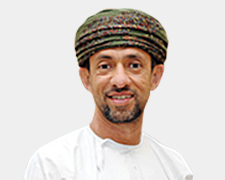 Mr. Mohammed Taqi Ibrahim is an experienced and professional in regulatory, financial legal fields and capital markets industry with more than 31 years of practice. In addition he has knowledge and experience in real estate development and construction also, in trading businesses. He was Vice President for insurance sector at Capital Market Authority beside various positions through heading and/or participating and managing different directorates, committees and official delegations. He holds Bachelors of Science in Economics and Finance from UK and has completed post graduate certificate in International Capital Markets Qualification from London Institute of Securities. In addition to participating in variety of courses, conferences, workshops and seminars including program in IMD.
Mr. Mohammed Taqi Ibrahim’s experience includes directorship of Oman Centre of Governance and Sustainability, membership of investment committee of Oman Chamber of Commerce and industry and being chairperson of a charitable Investment and Finance committee. He supervises the management of a family group of companies. 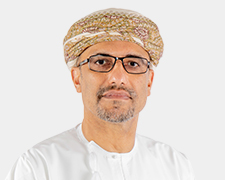 AbdulAziz Mohammed Al Balushi is the Group CEO of Oman International Development and Investment Company SAOG (OMINVEST). With over 34 years of professional experience, AbdulAziz has extensive and in-depth knowledge of the global financial services industry.

Since joining OMINVEST in 2014, AbdulAziz together with the Management Team transformed the Company by implementing the new Vision set forth by the Board of Directors, formulating a new organizational culture, structure, and policies. Under the leadership of AbdulAziz, the Management Team successfully accomplished the merger between OMINVEST and ONIC Holding, creating the largest publicly listed investment company in Oman. AbdulAziz and the Management Team were also responsible for several key initiatives at OMINVEST, such as, the IPO of its flagship insurance company National Life; the development of its iconic headquarters OMINVEST Business Centre; the merger of National Finance and Orix Leasing Company; Capital Raising initiatives such as the issuance of perpetual bond for OMINVEST; and the merge of Oman Arab Bank with Alizz Islamic Bank, which led to Oman Arab Bank’s listing on the Muscat Stock Exchange and becoming an SAOG.

Prior to joining OMINVEST, AbdulAziz was the CEO of Ahli Bank SAOG from 2007 to 2013 and was primarily responsible for converting a single-product mortgage bank into a full-fledged commercial bank with assets of over US$ 3 billion and equity of over US$ 450 million. In November 2012, AbdulAziz was ranked “Second Best CEO in the Arab Banking World” by Forbes Middle East. In April 2019, he was conferred the “CEO of the Year” Award at the Oman Banking & Finance Awards by Oman Economic Review.

AbdulAziz holds a Master of Science Degree in Finance from the University of Strathclyde (UK) and is a Fellow of Chartered Institute of Bankers (UK). AbdulAziz served at various Boards across the Sultanate and as an Advisory Board Member in the college of Agriculture and Marine Sciences at Sultan Qaboos University.

Currently, AbdulAziz is the Chairman of Oman Real Estate Investments and Services SAOC and Salalah Resorts SAOC. He is Deputy Chairman of Jabreen International Development Company SAOC; and a Board member at Oman Arab Bank SAOG, National Finance Company SAOG and National Life and General Insurance SAOG. Additionally, he is a member of Oman American Business Centre, an organization formed to foster the development of commercial activity between the United States of America and the Sultanate of Oman. He is also a Fellow of the Institute of Financial Services, an organisation supporting professionalism in Financial Services. 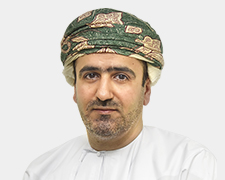 Al Sayyid Zaki Hilal Saud Al Busaidi is the Chief Executive Officer of the Institute of Public Administration. He has over 19 years of experience in human resources, consultancy studies for organizational structure and Total Quality Management. He holds Master Degree in Public Administration.
He is a member of the Board, Audit Committee and Tender Committee of Oman Telecommunications Company S.A.O.G. 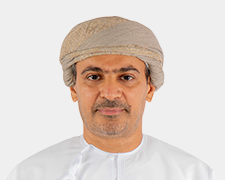 Anwar Al Jabri is CEO of Investment Banking and Private Equity at OMINVEST; Chairman of Ubhar-Capital – a leading investment Banking firm in Oman; and serves as Deputy Chairman of Ahli Bank. He previously held various senior positions prior to OMINVEST including Investment Director at Oman Investment Fund (OIF), CEO of National Pioneer Investment & Development Company. He served within other premier institutions such as the Central Bank of Oman and Oman Refinery.

Anwar has more than 21 years of experience in the Investment and Finance industry where he has held various leadership positions. He holds a Bachelor of Science degree in Accounting, a Master’s degree in Business Administration, and is a Certified Public Accountant (CPA). 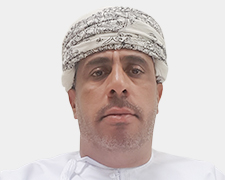 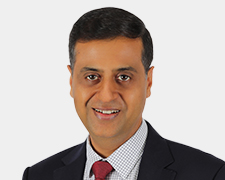 Sanjay Kawatra has 24 years of solid experience in providing financial, strategic, growth and operating leadership. He is well connected globally and possesses deep sector knowledge of banking, leasing and insurance with focus on the Sultanate of Oman.

Sanjay has served as an advisor to several regulatory committees in Oman. He is an active presenter in business forums and contributes articles to business magazines. He is also a Board member of several companies including public listed and regulated companies such as Al Izz Islamic Bank SAOC and National Life & General Insurance Company SAOG.

He holds a Bachelor of Commerce and is a Member of the Institute of Chartered Accountants of India. 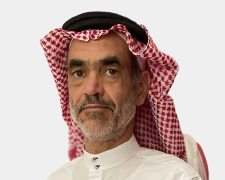 Adnan Hamza Mohammed Bogary, a Jeddah-based businessman and investor who apart from managing his family’s interests in many businesses also holds board and board committee positions in some of these enterprises. 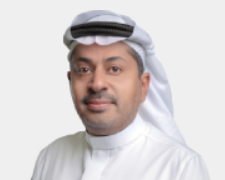 Yousef Al Quraishi, the Group CEO & Managing Director at Ali Zaid Al Quraishi (AZAQ), has 23 years of experience in managing multiple companies across different sectors. He is also currently serving on the board of several private and public companies in the Kingdom of Saudi Arabia, Bahrain and United Arab Emirates. 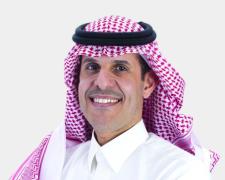 Tareq Al Sadhan, the President and CEO of Riyad Bank has been instrumental in transforming Riyad Bank into one of the fastest growing, most innovative and customer centric banks in the region. He was also ranked as one of the 100 Most Powerful CEOs in the Middle East on the 2021 Forbes list. 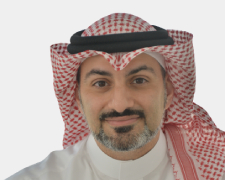 Saeid Binzagr, the President and COO of Abdullah & Said M.O. Binzagr Co. Ltd. has been in the family business since 1997 and has been serving on the boards of several other companies in the Kingdom of Saudi Arabia. He is also the Honorary Consul General for Finland since 2014.